Hey, remember in Superman III when Superman was turned into a super-jerk by that weird kryptonite, and then he split into two different people to fight himself in a junkyard? That was pretty rad, right? At least more entertaining than watching Richard Pryor ski-jump off a building.

Clark and Superman may have their occasional disagreement, but it’s hard to imagine one without the other, isn’t it? I would even venture to say Superman would go stark raving mad without his alter ego. Think about what he said in “The Late Mr. Kent” episode from the 1996 Superman animated series: “I am Clark. I need to be Clark! I’d go crazy if I had to be Superman all the time!” Man’s got a point — you separate yourself from humanity by doing nothing but try and save it 24/7, sooner or later you’re going to forget what it means to be human… or even what it’s all for.

To put it in more marketing terms, Clark is also great for audience identification — not many of us ever dream of becoming a mild-mannered reporter for a major metropolitan newspaper (sheepishly raises hand), but we can all relate to the idea that underneath our ordinary, everyday facade we can be something a little more special than what the rest of the world sees when they look at us. And if all it takes for that ordinary-looking guy to go save the world is for him to whip off his glasses and rip open his shirt, then what’s stopping the rest of us?

In honor of that mutually beneficial relationship between Superman and Clark, here are a few covers that feature them both.

Did I miss any others? Share in the comments below! 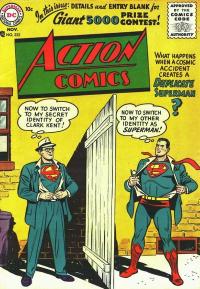 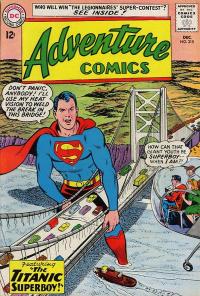 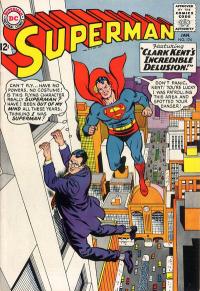 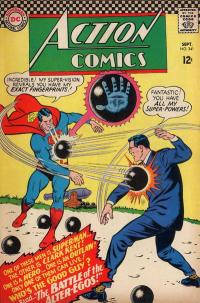 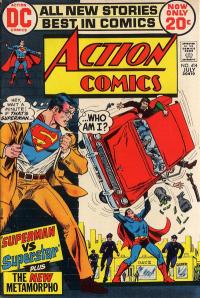 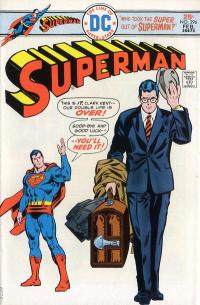 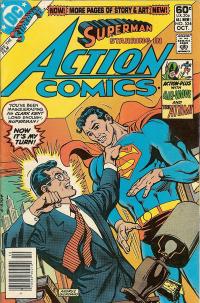 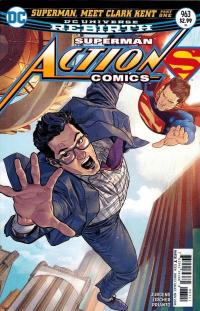